Don’t have a gaydar? Don’t worry! The Malaysian government has it sorted

The Malaysian government has drafted the “symptoms” of being gay. That will come in handy in case you don’t have a gaydar and you live in largely homophobic states like Malaysia where you just can’t pop into your local gay bar for a pint (or something non-alcoholic of course).

The symptoms of ensuing homosexuality are among others a love for V-neck sweaters and bright coloured clothes if you’re a man. In addition the government was quick to emphasise that another common symptom was the feeling of attraction towards men. If you’re a woman symptoms include …. hang on!… being attracted to women and not being attracted to men. – That really clears things up for lonely lesbians who’d like to meet like-minded folk.

But even male folk who avoid v-neck sweaters above sleeveless tops and swap their brightly coloured trousers against a darker pair the danger isn’t entirely over. If their teachers think that any given young man is too “feminine” (that’s possibly the shorthand for being considerate of womens’ feelings, applying very high standards of personal hygiene, not belching loudly or being constantly involved in fights) they can be ordered to take part in a manliness counselling. 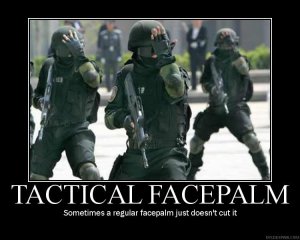 A good summary of the government’s advice. (copyright: unknown. If someone holds the copyright and wants this image to be removed please let me know and I’ll be happy to oblige)

We do hope that such a young man is wise enough in sharing is newly learnt skills in the secret gay bar of his choice.

Member of the gay conspiracy in one of the regional offices in the UK. The conspiracy you lately constantly heard about. Other than plotting how to take over world I have fairly normal hobbies. My gravatar is taken with thanks from wikimedia commons.
View all posts by Kim Karlstein →
This entry was posted in Discrimination, Malaysia and tagged Bisexuality, discrimination, fail, gay, homophobia, lesbian, LGBT, Malaysia, muslim, oops, what?. Bookmark the permalink.

Everyone has an opinion. What's yours? Cancel reply